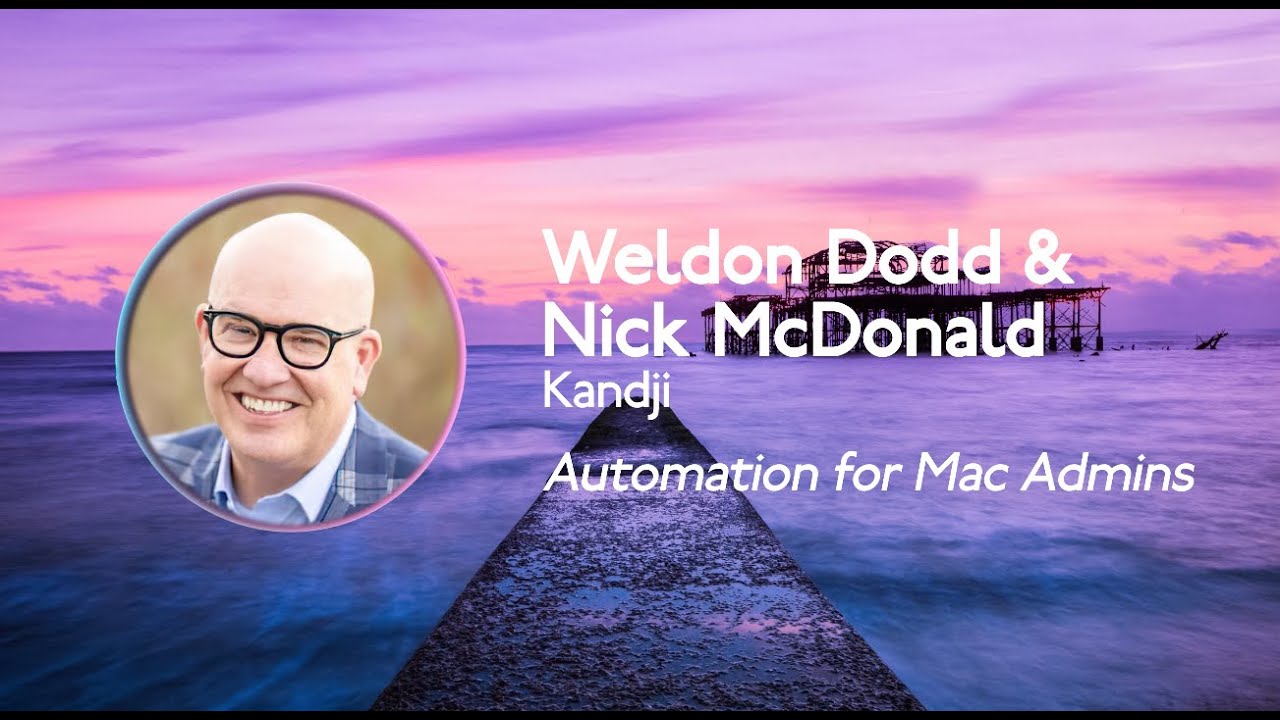 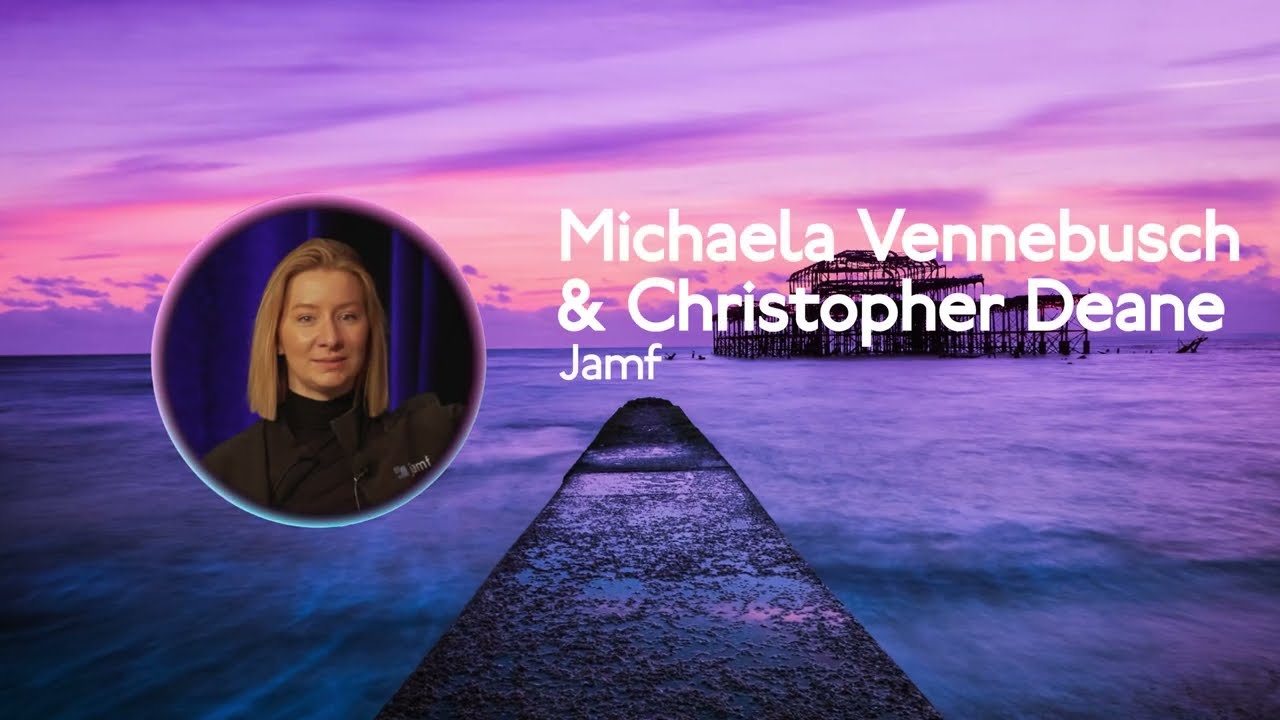 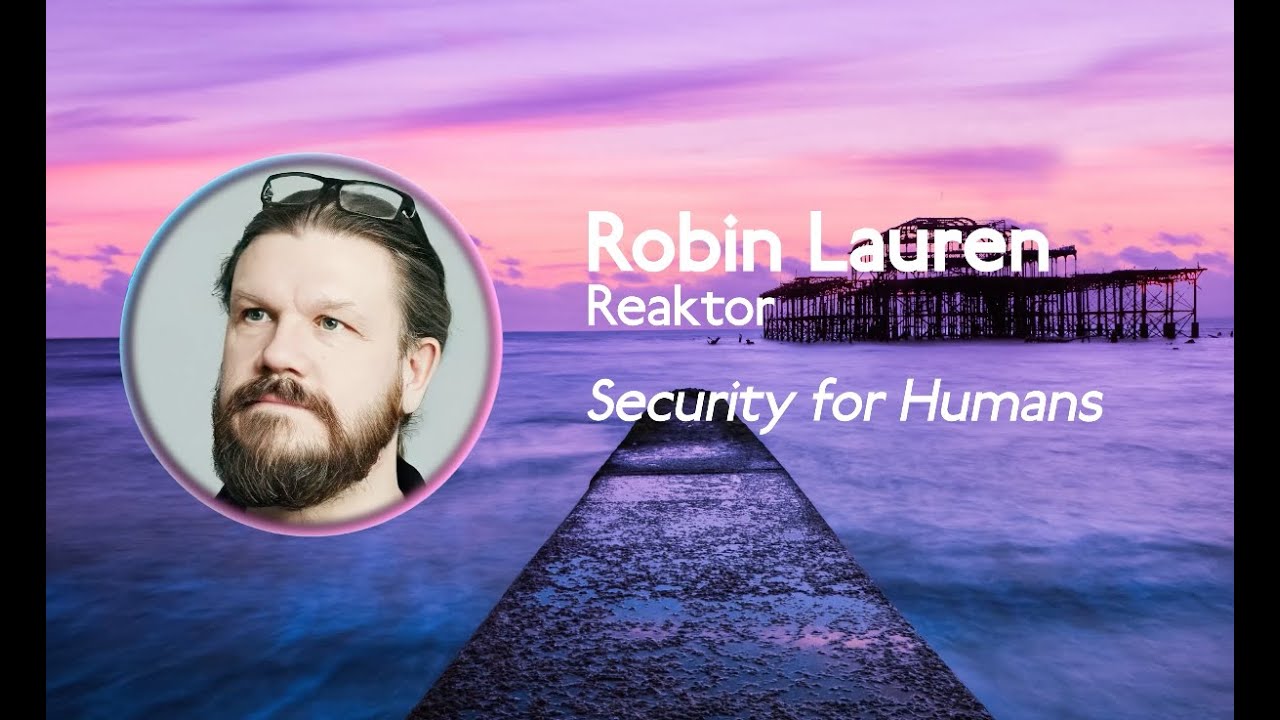 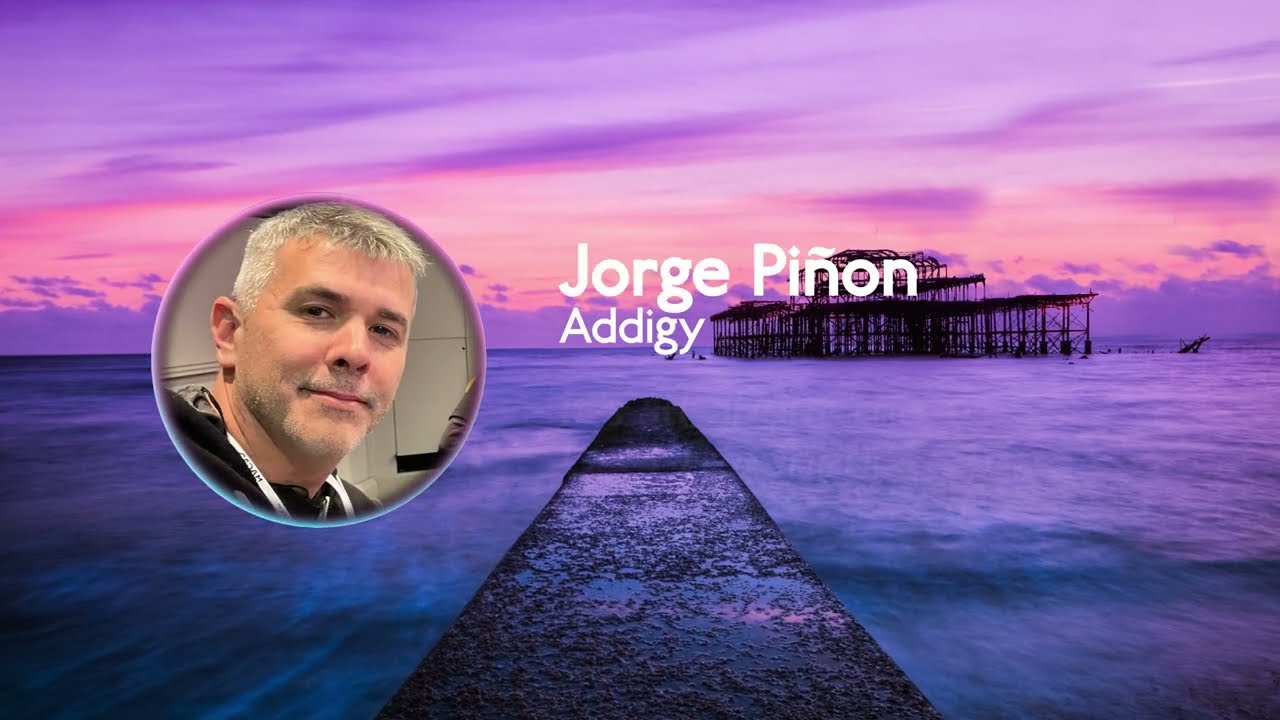 Jorge Piñon - It’s All About the User Experience 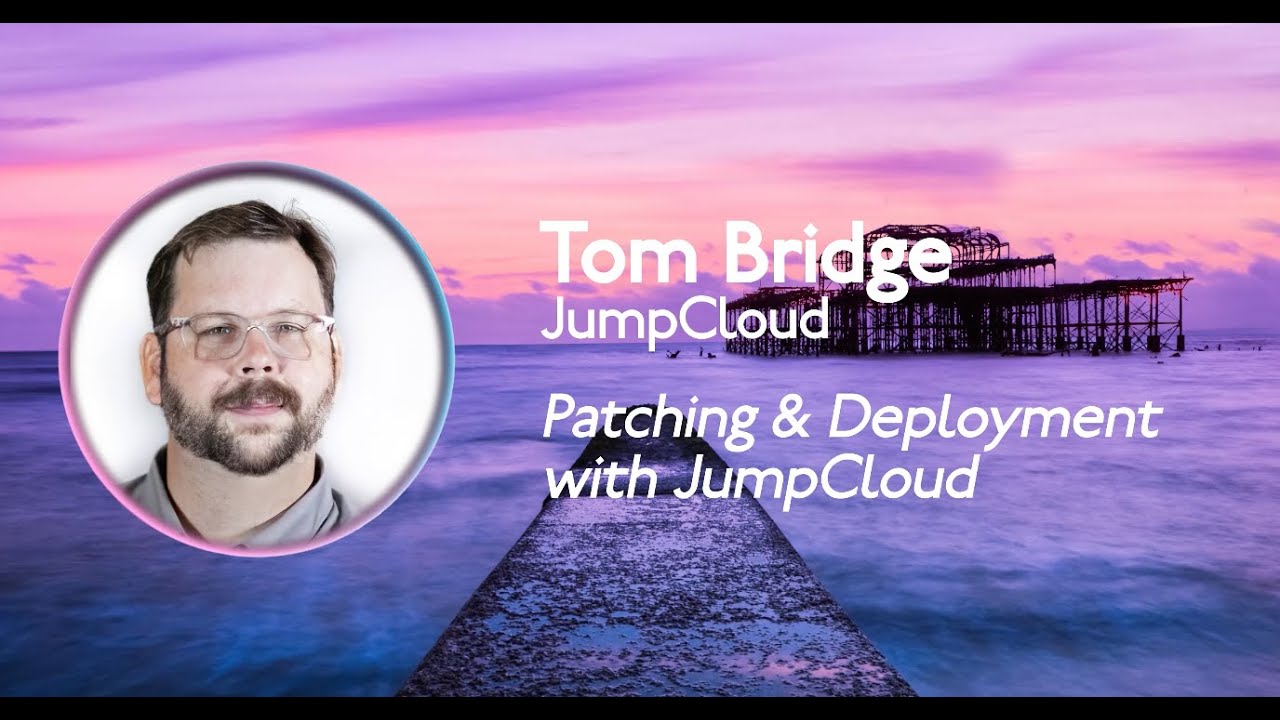 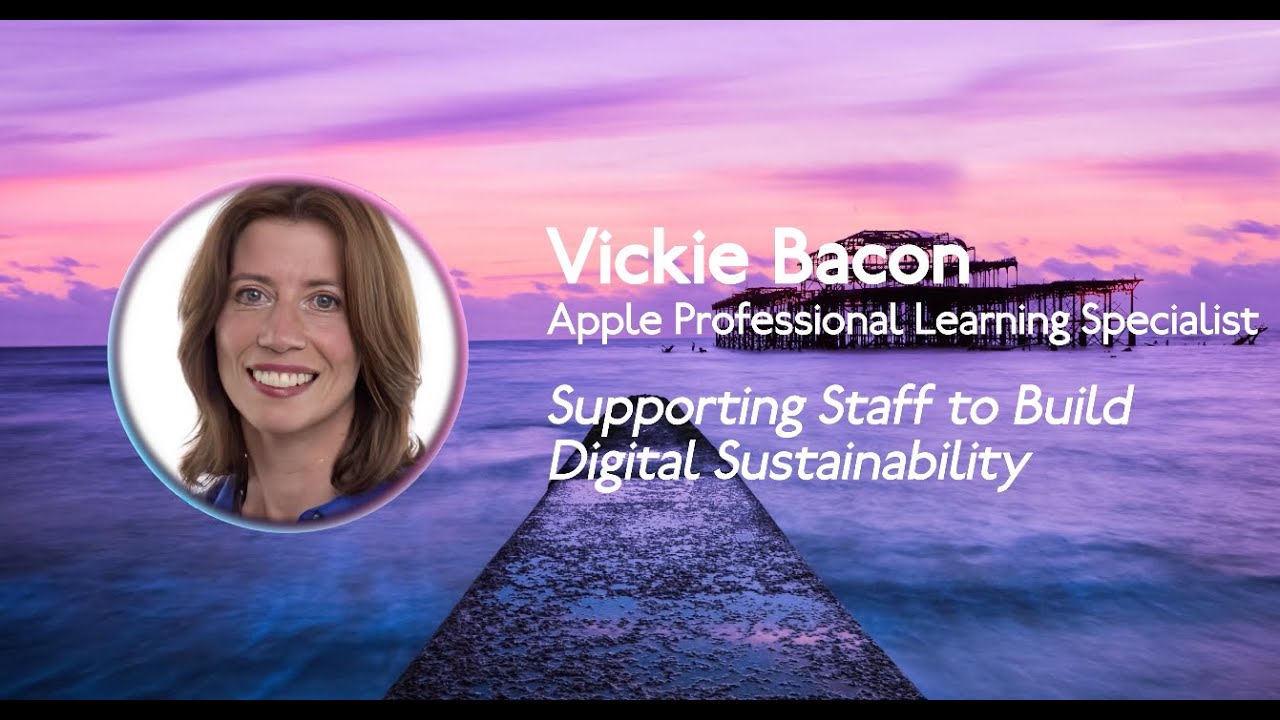 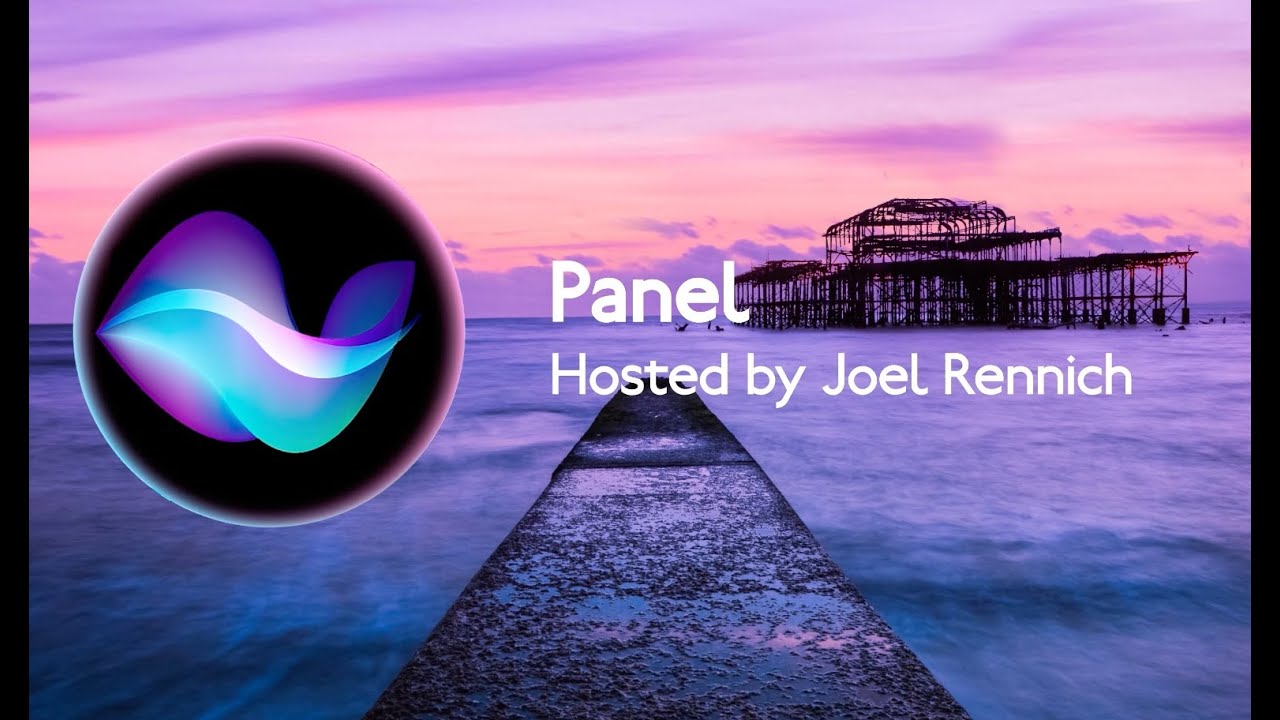 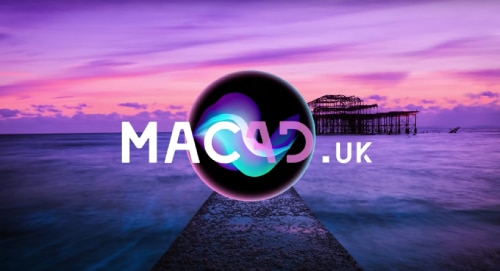 David Acland - Implementing a security policy for your Macs 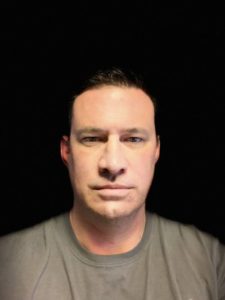 Chris is a patent holder with over 20 years of experience in software development. His role at MacStadium is to software-define Mac infrastructure and create cloud solutions for companies to better leverage and manage Mac in their organisations. Chris knows that operations and development are tightly integrated in today’s marketplace and that expertise in both disciplines is necessary to provide solid DevOps solutions. Chris’ ability to view Iaas from a developer’s perspective provides unique value. Prior to MacStadium, Chris has held CTO positions at multiple companies in the technology sector.

Whether you have a team of developers building Mac or iOS apps, creatives who need macOS to run graphic and video software, or temporary contractors that need access to a Mac, providing remote access to a macOS desktop can be a challenge. In this session, Chris Chapman, CTO of MacStadium, will discuss how to leverage cloud-hosted Mac hardware combined with easy-to-manage desktop software to eliminate the need for buying, maintaining and shipping Mac hardware to your remote workforce. 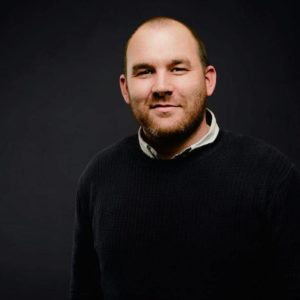 Dan Jones is a Wireless Engineer whose focus has been designing Wi-Fi networks for Apple devices for the last ten years.
Talk Topic

Did you know every device on a WLAN hears Wi-Fi differently? Not only that, but they also have different triggers that mean each device type will react to a Wi-Fi network in different ways? In this talk, Dan Jones will look under the hood of the iOS and macOS Wi-Fi algorithms so that you can make informed decisions about how you design Wi-Fi to serve your devices best. We’ll look at AWDL (AirDrop, AirPlay), Roaming Triggers, Low Power Mode, Cisco Technical Partnership with Apple, and some do’s and don’t’s of Wi-Fi design.d shipping Mac hardware to your remote workforce. 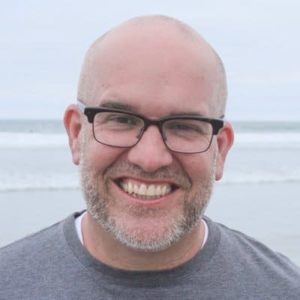 Weldon Dodd is responsible for leading strategy, innovation, and execution among the product at Kandji. Weldon has been in the Apple IT space for over 25 years. He started his career running the Mac lab and the NeXT lab at UCSB, and then spent years building data networks for companies like KPMG and AT&T. He also has experience working on developing tools for directory-enabled networks for Cisco, in addition to Active Directory integration for Microsoft Consulting Services. After a break from IT to teach High School and coach a Colorado state champion soccer program, Weldon spent 10 years operating the Apple Authorized Training Partner center in Colorado before joining Kandji.
Talk Topic

Automation is a powerful tool that can make IT admins seem like superheroes. We will discuss how automating repetitive tasks can free admins to focus on more critical parts of their jobs, while still delivering the tools and experiences that empower and delight end-users.

Additionally we will explore recent changes in platform architecture, tooling and services that have greatly expanded the kinds of automations we can build. 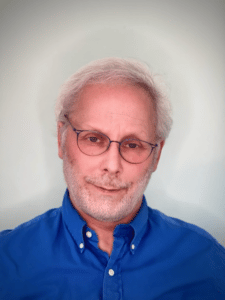 In these days of mobile device management, remote support, and Work From Home, the human contact of actually meeting with your clients is gone. But we don’t want to be “out if sight; out of mind”.

As service providers we need to keep our clientele reminded of what we are doing for them and what value our service brings them.

Wouldn’t it be nice if we could cherry pick information from the various tools we use to give our clients a simple one page graphically rich summary? With REST APIs we can. This presentation will show how we use scripts and REST APIs to automate the presentation of information gleaned from DNSFilter, Hudu, Mosyle, munkireport, Watchman Monitoring, Zendesk and other services in an graphically rich, easy-on-the-eye format. 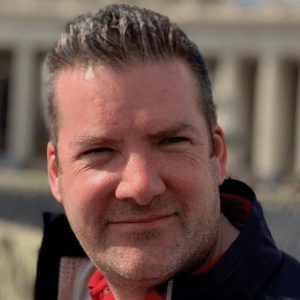 A driven IT professional with over 20 years of experience spanning a range of core infrastructure disciplines. I have a proven track record in architecting large, enterprise scale, solutions for the deployment and management of desktops, servers and applications.

Throughout my career I have been delivering high quality, business driven solutions in pressurised and time constrained environments. I continue to enjoy new challenges and am constantly striving to enhance my skill set.

Automating and Securing the Anywhere Workspace

With all of today’s remote workers, managing your Macs is becoming too big a task to handle manually.  You need an easy way to automate your workflows.  You need to secure all the endpoints outside of your perimeter and keep all your traffic safe.  And you need tools your employees can use to help themselves. Learn about the latest advances that take IT teams beyond UEM to empower employees and drive an unprecedented employee experience. 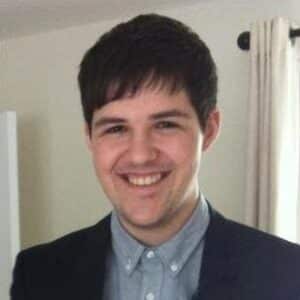 Luke is an experienced Apple deployment professional with over ten years in the industry, including eight years as a member of Apple’s Systems Engineering organisation.

He helps to facilitate successful deployments and overcome challenges around security, identity and management within education and enterprise organisations.

In this session, IT admins will learn about Jamf’s new range of security-focussed products for iOS/iPadOS and macOS. Join us as we cover Jamf Data Policy and Jamf Threat Defence to help users more effectively manage their cellular data caps, filter unsafe content and help to strike a better balance between work and personal usage.

We will also take a look at Jamf Private Access which enables admins to integrate with cloud identity providers and ensure secure access to company resources, as well as Private Access, a true Zero Trust Network Access solution that replaces traditional conditional access and VPN technology. 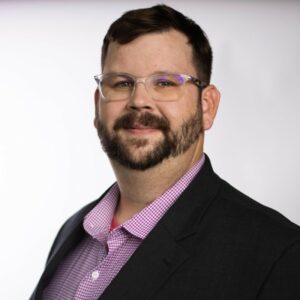 Tom Bridge is the Principal Product Manager, Apple at JumpCloud and the Producer of the Mac Admins Podcast. He lives in Washington, DC with his wife, Tiffany; son, Charlie; and cat, Macro. He hopes one day to be the Leslie Higgins of IT Management.
Talk Topic

Remote work is here to stay! Admins should expect to send new devices directly to end users and configure them in the field without ever laying hands on them. Keeping these devices up to date is challenging but necessary work.

At JumpCloud, our patch management solution is meant for exactly this kind of solution. JumpCloud can help reduce the industry-average 43-day patching windows, report out who needs updates for encouragement, and do it all without losing any work.

Zero-Touch deployment is all about reliable experiences that are pleasant for the end user. Remote onboarding can be challenging for any organization, but JumpCloud is here to help make this a positive experience for end users and admins alike. Automating the tasks performed by admins is a critical path to Zero-Touch success. 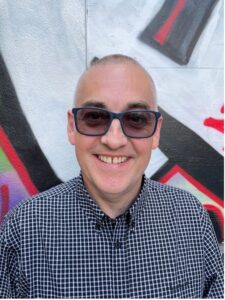 Steven has worked in a range of business sectors from banking to newspaper publishing and IT consultancies, providing management support for both Windows and macOS integration.

In his free time, he likes to travel to and tour other countries. On of his most cherished experiences was volunteering for a day at a Panda sanctuary in Sichuan, China, where he was fortunate enough to feed and hug Pandas!

Integration is one of the cornerstones of any successful macOS deployment. Through its ever-increasing set of features and extensive enterprise presence, Microsoft’s Azure Active Directory has become one of the most popular cloud-based identity management systems Apple admins are called to integrate with.

Steven Davies, Systems Engineer at dataJAR, will use his significant experience to present and discuss, in-depth, some of the most common issues Apple admins can expect to experience while integrating macOS in Azure 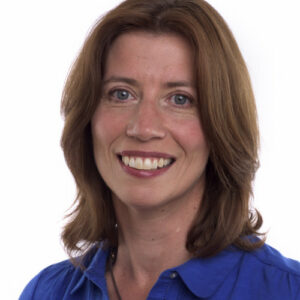 Tom Bridge is the Principal Product Manager, Apple at JumpCloud and the Producer of the Mac Admins Podcast. He lives in Washington, DC with his wife, Tiffany; son, Charlie; and cat, Macro. He hopes one day to be the Leslie Higgins of IT Management.
Talk Topic

Lockdown changed the education landscape. Teachers pushed their digital skills beyond what they thought was possible. Post lockdown, which lesson might have been learnt and how might these insights prove beneficial to building a more relevant skills focused digital future?

Discover how an Apple Professional Learning Specialist works with leadership teams to unlock the potential of Apple technology within their setting. What is a human and how does it relate to security? How should one talk about security with humans? What are the relative strengths and weaknesses of humans related to security? Also, are you a human and if so, should you worry? 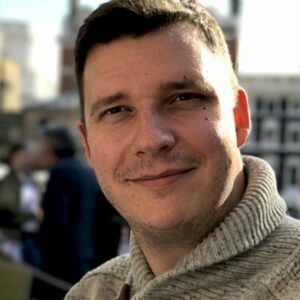 David has been working in the Apple IT industry for over 20 years, with a focus on device management, deployment and security. In recent years, he has been helping organisations build out their IT security policies for macOS, from initial policy creation through to implementation via MDM.
Talk Topic

You may have been asked to help your organisation achieve a cyber security accreditation, or have been asked to come up with a security policy for your Macs. If you have, or if you have an interest in macOS security, then this one is for you. In this session, we will walk through the process that David uses to implement a robust IT security policy on macOS. We will look at the options available, some considerations when choosing your security controls, the technical (and non-technical) implementation steps and the ongoing monitoring.
MacAD.UK 2022 Panelists 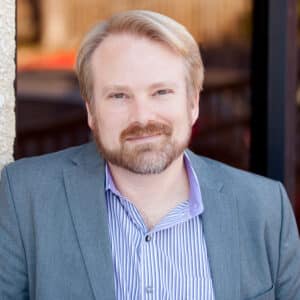 Joel was a speaker on the MacAD.UK 2022 panel, he is the Head of Device Identity at JumpCloud residing in the greater Minneapolis, MN area. He focuses primarily on the intersection of identity, users and the devices that they use. While Joel has spent most of his professional career focused on Apple products, at JumpCloud he leads a team focused on device identity across all vendors.Prior to JumpCloud Joel was a director at Jamf helping to make Jamf Connect and other authentication products.

In 2018 Jamf acquired Joel’s startup, Orchard & Grove, which is where Joel developed the widely-used open source software NoMAD. Installed on over one million Macs across the globe, NoMAD allows macOS users to get all the benefits of Active Directory without having to be bound to them. Joel also developed other open source software at Orchard & Grove such as DEPNotify and NoMAD Login.

Over the years Joel has been a frequent speaker at a number of conferences including WWDC, MacSysAdmin, MacADUK, Penn State MacAdmins Conference, Objective by the Sea, FIDO Authenticate and others in addition to user groups everywhere.

Joel spent over a decade working at Apple in Enterprise Sales and started the website afp548.com which was the mainstay of Apple system administrator education during the early years of macOS X.

Joel is a classically trained journalist and plied his trade as a paparazzi chasing Monica Lewinsky before rising to become the Director of Photography for United Press International in Washington DC. If you’re lucky he’ll even tell you some of his Monica stories, as the stories are better than the photos… 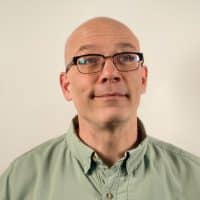 John was a speaker on the MacAD.UK 2022 panel, he is an accomplished enterprise software engineering leader with over 20 years experience delivering innovative solutions. Inspired by building and working with highly engaged teams delivering high quality solutions for complex problems leading to customer success.

Manage Cookie Consent
To provide the best experiences, we use technologies like cookies to store and/or access device information. Consenting to these technologies will allow us to process data such as browsing behavior or unique IDs on this site. Not consenting or withdrawing consent, may adversely affect certain features and functions.
Manage options Manage services Manage vendors Read more about these purposes
View preferences
{title} {title} {title}
Your Tickets
There are no products in the cart!
Continue browsing
0
Book Tickets